Glasgow’s very own Gallery of Modern Art plays host to a mixed media exhibit which sets to provoke our thoughts on marriage, sex, documentation and our attitudes to recording our lives.

‘Please Turn Us On’ is the title and it’s brought to us by a collaborative gathering of Arthur Ginsberg w/ Video Free America, Heather Phillipson, Stansfield/Hooykaas and Videofreex.

As we know, video nowadays plays a significant part in our daily lives and it can be a great way for an artist to get a direct message across to their audience. The GoMa itself often gives us various video installations with its exhibits and with benefit of presenting them in the darkness for added effect in giving its audience the artists complete attention. 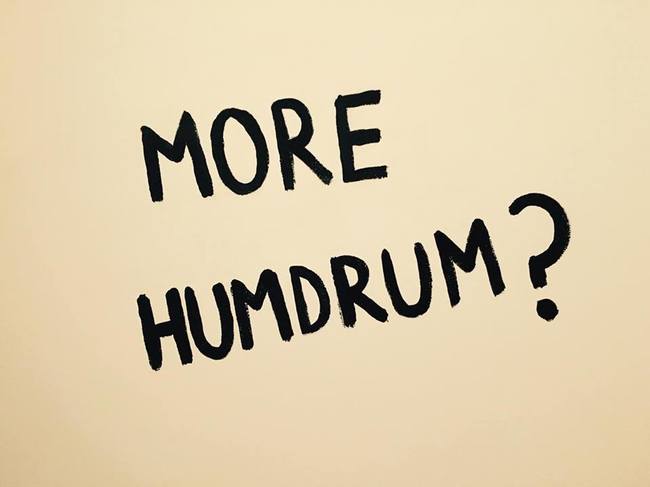 You’re welcomed in to the exhibit with photographs of Glasgow across a large board. We are forced with the question What’s It To You? This part was created by Stansfield and Hooykaas and was recorded in Glasgow for one week in 1975 and is significant to the exhibit because the recording was the first of it’s kind in our City. When this particular exhibit was first directed it relied on the audiences attention and involvement and achieved this by recording them as they viewed it. That being said with that involvement taken away it does not affect the messages perceived here and prepares you for the second part. 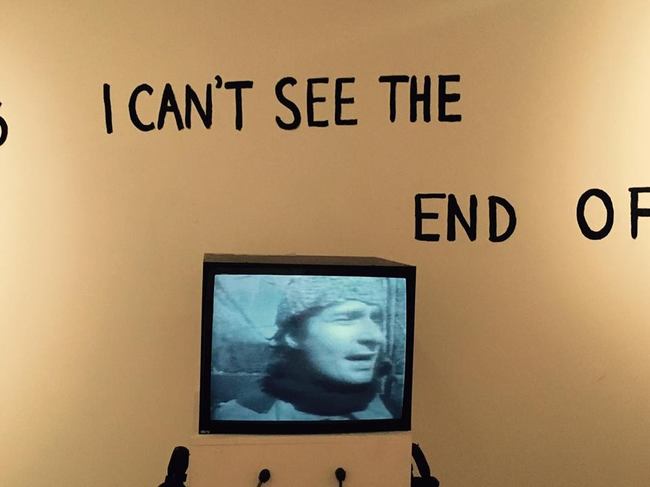 The following walk down the galleries ‘hallway’ is a bright and unforgiving space covered in bold black lettering. This is the work of Heather Phillipson, London based artist, who attempts to push her line of questioning to us. It’s a blunt strategy and works incredibly well. Phillipson herself feels that our understanding of the context given to us in such recordings hasn’t registered with us. Meaning, we simply haven’t grasped the outcome of the messages being portrayed to us despite our advance in technology. The video accompanying her work is by Videofreex and is a recording of the pirate channel ‘Lanesville TV’. The importance of something like Lanesville is that it was created in a time where piracy wasn’t mainstream. It was the seventies. A time of anti war and peace loving rebellion. The channel itself is organised chaos but you understand it was needed at the time. Whereas nowadays we are awash with pirate content and what was pirate then is pretty standard now.

The second video installation comes to us from Arthur Ginsberg. Filmed in the early 70’s it followed the lives of Carol Roweand Ferd Eggen who were a couple about to get married. In what was possibly one of the first ‘Louis Theroux’ style documentaries, Ginsberg followed the couple for two years as they embarked on what can be a life altering decision. One part of the documentary that spoke to me was where Ginsberg has a serious chat with the couple around their coffee table. The couple, looking slightly stoned and reflective, attempt to prove to him that they are very serious about their choice to get married. Ginsberg bluntly asks why they are choosing to get married. Eggen replied amidst the smoke that they despite their lifestyle they want to do it ‘the old fashioned way’. What I found so odd about this wasn’t the couples defensive chat but that Ginsberg was so casually hostile about it and he being a married man himself.

So going with the video evidence I would say yes, Phillipson does have a very good point. Nowadays we’re overwhelmed with choice and in recording/video media alone there’s various youtube channels, vlogs, vines, etc. Even docu-dramas are our norm and can be found across all media. Have we learnt from having 24/7 content that infringes on, if not our, other peoples personal lives? I’d say no. Technology has grown but our desires to record our lives and have them on show hasn’t exactly revealed a more mature message - it can be and is used for negative effect. Our culture has suffered from it. Look at Big Brother, look at documentaries on your average weekday viewing - what do you see?

We all reveal pieces of ourselves under the impression that we’re documenting our complete self and then we see others do it better and then we want that - we want our narrative to be perfect and yet we love to watch other peoples lives go wrong. Sometimes. It’s classed as entertainment now. Can we honestly say that our way of recording and documenting has matured since the days of Ginsberg?

Mental health and the arts.

Adult colouring books. Is there anything that makes you want to implode more? Art therapy appears to be becoming that little more mainstream. Which is nice, I guess, but for those of us battling real mental health concerns it can look a... Continue →